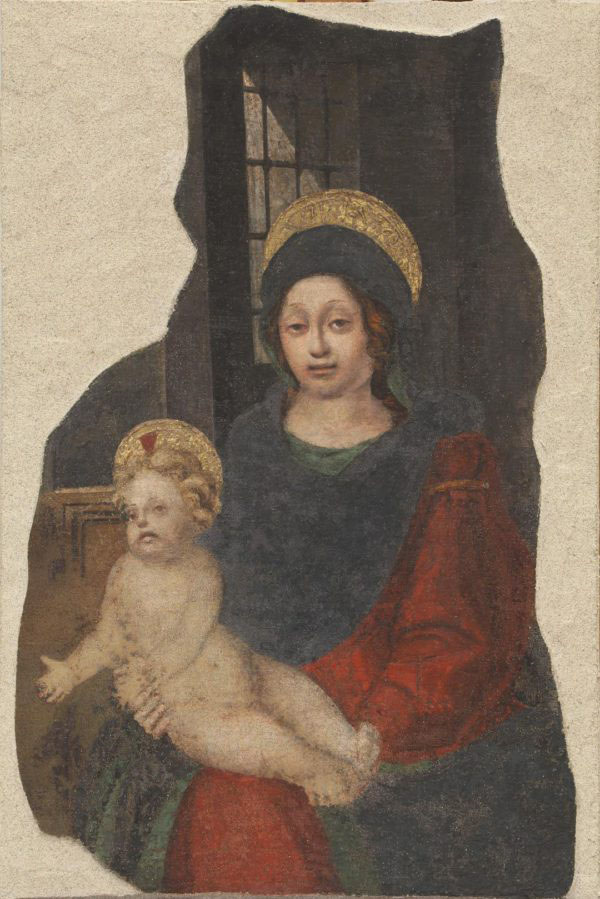 and workshop of BERNARDO ZENALE

and workshop of BERNARDO ZENALE

The detail of the Child face framed by elegant blond curls, along with the delightful and unmistakable sullen visage, relate this fresco with the production of Michelino da Besozzo, one of the great interpreters of the courtly style between Lombardy and Veneto.

Face, hair and pose of the Child and of the Virgin too, on which bright auburn reflections seem to slide, along with the Child foot tenderly grasped by the hand of the mother, lead us to realize that this image belongs to the same exclusive and fairy world of the following artworks: the Marriage of the Virgin kept in the Pinacoteca, Siena, dating back to about 1420; the Apostles on the vault of San Martino Chapel in Sant’Eustorgio in Milan, dated before 1440 or again the Procession of the Magi today in the Ambrosian Archbishopric but originally in Santa Maria Podone Church, commissioned respectively by Bianca Maria Visconti and Vitaliano Borromeo.

We do not know the original provenance of this fresco but it had to enjoy prestige and devotion since already in early 16th century was restored. The Child gesture while opening his arms assumes the presence of a devotee on his right. Much of the drapery and the upper part including the head of the Madonna and the window in perspective, exhibit the style of one of the protagonists of the Milanese Renaissance as Bernardo Zenone.

The face of the Virgin as appears to us today may easily be compared with the two Saints of Museum Bagatti Valsecchi coming from the polyptyc of Cantu’, about 1507, the Madonna with Child and two Angels of Brera Pinacoteca.

These are works pertaining to the first decade of the 16th century and to a similar epoch should trace the intervention of aesthetic updating of this Michelinian fresco. The definition of the face, although unequivocally Zenalian, is perhaps a little bit less sensitive than the just mentioned outcomes, even though it should be noted that it is a technically very different work; we however prefer to keep conservatively a reference to the workshop. 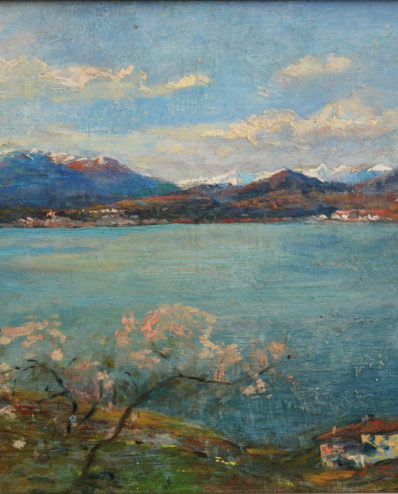 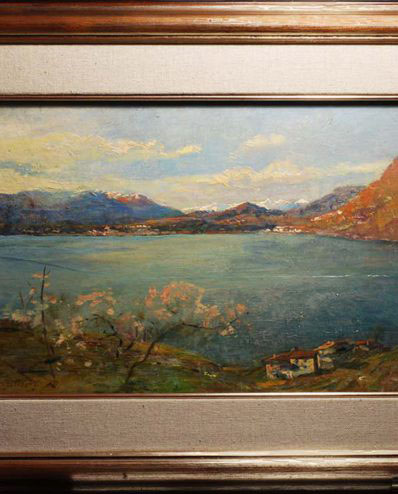 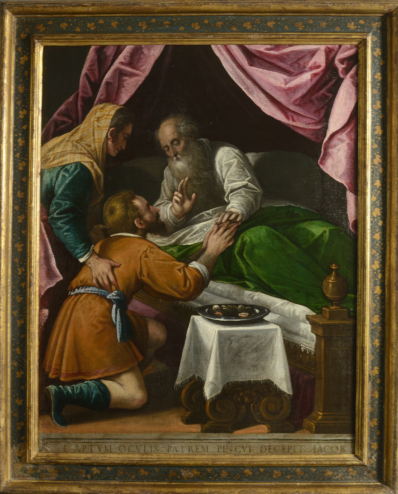 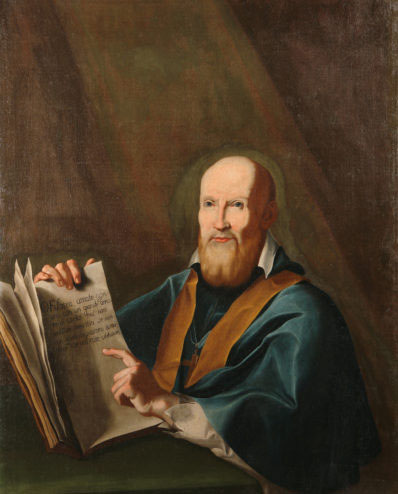